Home / About the Doctor

Dr. Buck is fervently dedicated to excellence. Drawing from his extensive 37 years of experience and his highly specialized training as an Orthodontist, his commitment is to create beautiful smiles that inspire confidence.

Dr. Buck graduated in 1970 from LeMoyne College in his hometown of Syracuse, New York, with a Bachelor of Science degree in Biology. He served in the US Army Reserves following his college education. In 1972, he began his dental education at Georgetown University in Washington, D.C., graduating in 1976 with a Doctorate of Dental Surgery. After his graduation in 1976, Dr. Buck began a one-year internship in General Dentistry at the Eastman Dental Center, University of Rochester. Following his internship, he completed two years of post-doctoral training in orthodontics at the Eastman Dental Center.

In 1980 Dr. Buck began working with Dr. Gerald Smith in Baytown, and shortly thereafter, acquired Dr. Smith’s practice. During the 37 years that he has practiced in Baytown, he has been acknowledged for his commitment to excellence in orthodontics.

In 1989, Dr. Buck received his Board Certification in Orthodontics, becoming a Diplomate of the American Board of Orthodontics. This recognition for his work in orthodontics is held by a limited number of practitioners throughout the country. 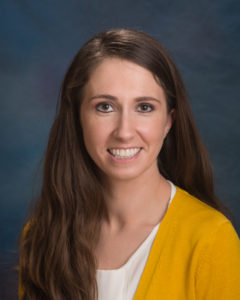 Dr. Johnston graduated in 2004 from Lehigh University in Bethlehem, PA, her hometown, with a Bachelor of Science degree in Biology.  In 2005, she began her dental education at Temple University School of Dentistry in Philadelphia, PA, graduating in 2009 with a Doctor of Dental Medicine.  After her graduation, she began a three year residency in Orthodontics and Dentofacial Orthopedics at the University of Pittsburgh.  In 2012, she graduated with her Orthodontics specialist certificate and a Masters of Dental Science.

Following graduation in 2012, she moved to southern New Jersey where she worked in a private practice office for three years.  In the fall of 2015 she began working with Dr. Buck in Baytown and looks forward to making Texas her home.  She is a member of the American Association of Orthodontists, the Texas Dental Association, the American Dental Association, and the Baytown Dental Study Club.  In her spare time she enjoys chasing around her two small children with her husband, eating good food, and reading.

Call the office at (281) 421-1100 and press extension 2 Be sure to leave a detailed message with the patient’s first and last name, return phone number and the nature of your emergency. Dr. Buck or an assistant will return your call.